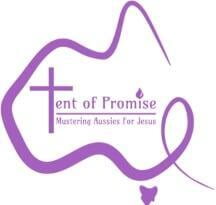 The Tent of Promise
The Gospel to Australia
I've been here before, please pop me straight through to sow my seed

This is not just another giving message!

​Many ministries write a message on pages like this explaining why you should give to the work of the Gospel. And that's not wrong by any means. God loves a cheerful giver and has many promises attached to such a person. We believe this whole-heartedly, and so should you. And so we will give you the opportunity to send a gift at the bottom of this page, either a once-off gift or as a regular seed sowed into the Gospel.

But we have to run in our lane, true to our calling, and what we're most interested in is the seed that's producing in your life.

So, what is that seed?

The seed of the good news is Jesus Christ, who came to set us free, bind up our wounds and make us whole. He came to bring us the Kingdom of our Father in Heaven, right here to earth, that we can choose to live according to heaven's principles right now and not according to the dead works of the flesh and under the corrupted spiritual world of the enemy.

So, let's have a closer look at what are the seeds in you...

So you've heard of sowing a seed? ​Then ask yourself this...
What are your seeds?

Because God’s law says that everything will produce and multiply after its own kind. You carry it from one level to another, and pass it over to the next generation.

Each tree is recognized by its own fruit…..a good seed produces good things stored up in a persons heart, similarly an evil seed brings evil things out of the evil stored up in a persons heart (Luke 6:44-45). When you plant a seed it breaks into a shoot and becomes a tree and produces fruits. Inside the fruit is the seed to produce more harvest after its own kind again.

Here's where we get real...

The question I like to pose to you today is how long have you been struggling year in and year out dwelling in “a corrupted seed” that has been passed down to you from generation to generation? Fear of failure! Fear of sickness! Fear of untimely death! Fear of disaster! Fear of moving forward! Fear of low self-esteem! Fear of anger! Fear of the past! Fear of depression! Fear of tomorrow! You have literally become a paranoid so to speak!

You know what’s the problem there? There is a bad seed planted in you that keeps producing after its own kind and you have taken it for granted. You have been accommodating it helplessly. Usually, unknowingly.

Please understand that is absolutely not a seed from God!!! "I CAME TO GIVE LIFE AND ABUNDANT LIFE" (John 10:10) It is a stronghold from the evil one that has crippled, paralyzed and imprisoned you. These seeds took root because of our sinful nature and were just never pulled out. You have been conditioned and blinded into thinking and believing in this seed that keeps producing after its own kind.

You know what? Obviously these kinds of thoughts do not help you to grow: A thought pattern which holds you in bondage and in captivity to yesterday (from your unregenerated life) and prevents you from moving to the next level. Such thinking makes you have an antagonistic attitude towards others. A cynical thought pattern can make you a prisoner in your own body and it can become an enemy of your progress, healing and transformation. You know you are called into more, but you just can't shake this thing to walk into it.

Jesus said in Luke 4:18 "The Spirit of the Lord is upon me, because he has anointed me to preach the gospel to the poor; he has sent me to heal the brokenhearted, to preach deliverance to the captives, and recovering of sight to the blind, to set at liberty them that are bruised"

I wonder if you are aware that God can uproot that seed that has been destroying you all your life? Jesus Christ paid the price for you on the cross to break and uproot this defective seed of curse that you are struggling with all this while, which you do not have to live with. But you need to take a step of faith forward and allow Him to help you.

This is true for both the non-believer and for the Christian. Which one are you? Pick below.

If you have never received Him as your Lord and Saviour, you can right now and receive the seed of the New Creation that Jesus died to give you.

Pray - "Lord Jesus, I confess I am a sinner in every way. I cannot live according to your standards on own and my life up to now has proved this. Come into my life. Forgive me from all the things I have done wrong and help me be free from the snares of the demonic in my life. Save me Jesus. I need you and only you. Send your Holy Spirit to live and remain in me. Teach me. Guide me. In your name Jesus, Amen."

Now, if you just prayed, please go to our Contact Us page and fill in the Testimony Form. We will contact you and connect you with a fellow person of faith for your water baptism and ongoing relationship as you discover who your Father in Heaven is, and the destiny He created for you.

You are now a Christian and a fellow brother or sister in Christ. Welcome! We are so thrilled to be here with you! So, continue reading to your right how freely walk into more of your freedom. ->

Jesus came to set ALL the captives free. He came to heal your broken heart. He came to give sight to you so that you may be delivered and set free to walk in the light as He is in the light.

You can stop any bad seed that keeps replicating in your life and grow a new branch by understanding what actually was exchanged for you on the cross and stepping into a deeper relationship with Him.

We simply need to know how to be free and live according to the new seed. Hosea 4:6 AMP "My people are destroyed for lack of knowledge [of My law, where I reveal My will]".

Jesus came bringing the Kingdom of God for us to live in, now. And what does that Kingdom look like?No cursed seeds need remain! "But if I cast out demons by the Spirit of God, then the kingdom of God has come upon you." Matthew 12:28.

For Freedom Jesus has set you Free... So be free & check your Seed!

So, expel that rotten and cursed seed from your life! Confess any errors that you may be healed, renounce your ties to it, reject it from your life as it is not your friend, and send it out from you in the Almighty Name of Jesus who broke the power of sin and death and put to naught the work of the enemy when He defeated all the works of Satan on the Cross. Death could not hold Jesus so death cannot reign in you who are born again of His incorruptible seed. A seed after God’s likeness and image. A seed that was purchased for you by the blood of Jesus. Water & grow this seed in your life!

This seed is the seed that will produce after its own kind into your future generation with great blessing.

Your seed of faith will produce the God-life because of its very nature and the good soil it has been sown into!

We do not give out of compulsion or law. Just as Abraham tithed freely to the High Priest Melchizadek before the law was even given, so do we. It is a covenant connector, and a promise-releasing act of worship.

Just as Paul said in Philippians 4:17, we do not suggest you tithe, or give free will offerings or first fruits offerings because we desire anything but so that it may abound to your heavenly account! There's nothing worse than going to the bank to make a withdrawal and finding it empty - this was Paul's point!

Your partnership gift, tithe, first fruit or missions offering is in the Gospel of Jesus Christ.

"I enclose a great seed, a miracle seed of faith, expecting a harvest of god's goodness to myself & my family. I give this seed to help meet the greatest need of others, freedom and wholeness through the Good News of Jesus Christ."

"May this blessing overtake you in your giving, open the windows of heaven and may God pour out a blessing such that you cannot contain it. May God rebuke the devourer from you and your family, as it is written."

Bishop Barry, Sandra, David and Kristen are ordained through The ICCC and Registered with Associated Christian Ministries (ACM)